October 1st, 1971 was a magical day!  Why? This was the day that Disney World began.

Many of these additions were already in the works by way of plans and, in some cases, ground breaking had already begun.

The only Hotels that Disney had available was the Contemporary Hotel and the Polynesian Village Resort. Just to compare, today there are currently 36 resorts at Walt Disney World, including nine Disney Vacation Club properties.

Walt had the plan for Disney World many years before it opened but, unfortunately, he never saw it materialize because he passed away in 1966. Walt’s brother, Roy took the helm to push it through to completion but after it opened, he passed away the same year in December.

Here are some fun and amazing facts about the early days of Walt Disney World and its history.

1. It all started with a mouse…er…actually when it comes to Disney World it all started with land.  Disneyland’s largest liability was the fact that it couldn’t expand so when Walt started looking for the perfect location in Florida, he secretly bought acres and acres during 1964 and most of 1965 until he finally spilled the beans on November 15th, 1965 that he was building what would become Walt Disney World.  Incidentally, Walt ended up paying 5 million dollars for the land.

3. The amount of money to build Disney World was 400 million which sounds like quite a bit of money but not compared to 3.5 billion which has been the cost of all the additions.

4. The Contemporary and Polynesian Village Hotels would set you back starting at $24 and if you wanted to really splurge, you would need to pay a whopping $44!

2.The Hall of Presidents had its origins as an audio-animatronic exhibition called “Great Moments with Mr. Lincoln,” which premiered at the 1964-65 New York World’s Fair.

3. Tropical Serenade was sponsored by the Florida Citrus Growers.  It eventually became the Tiki Room attraction.

1. On opening day, Mickey Mouse led the first guest, William Windsor Jr. down Main Street in a parade.  Man, wouldn’t you have wanted to be him?

2. There were 5000 cast members at that first opening.  Just as a comparison, today there are approximately 70,000 each day.

1. The park was going to be called Disney World but Walt’s brother Roy, insisted that it always be called Walt Disney World and that’s exactly what it is.

It is so fun to look back at Disney World and see how far it has come! Disney has made a huge impact in the world of entertainment, amusement parks, and films. Did you know that Disney’s Mickey Mouse was the first animated character to speak in a movie? You can find 18 additional fun facts about Mickey here! 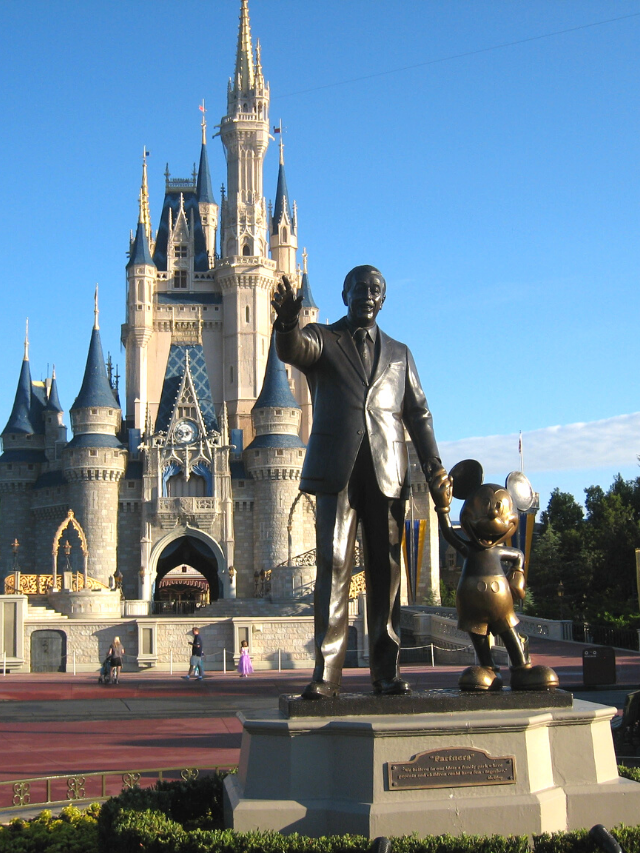 7 Things Not To Do At Disney World
List of Disney Princess Names & Fun Facts!
The Best Disney Christmas Movies on Disney Plus (For Families, Kids & Grown Ups)