Ladies and Gentlemen, in this corner, weighing in at 500 acres (.8 square miles) is Disneyland.

And in this corner, weighing in at 43 square miles is Disney World!

Have you ever wondered how Disney World and Disneyland differ or are the same? Do you know which one was built first or how many parks are in each one?

Today we want to take a look at and compare the two iconic Disney parks in the United States: Disneyland and Disney World.

Of course they are both great in their own right and this is not a commentary on which is better. Rather we want to look at what each one has, or doesn’t have, to help you make plans for your next Disney adventure!

Let’s start with the basics and most obvious. Disney World and Disneyland are located in different areas! Where are each of these parks?

Obviously both Disney World and Disneyland are located in different parts of the United States. One is on the west coast while the other is in the south!

Disneyland is located in Orange County in Southern California. More specifically Anaheim, California which is about 30 miles from LA.

If you are flying in to LAX, you are about 40 miles away from Disneyland from the airport. If you’re in San Diego, you’re about 95 miles from Disneyland.

Disney World is located near Orlando, Florida (the mailing address is Lake Buena Vista, Florida). You are about 20 miles from the park if you are flying into the Orlando airport.

Disney World and Disneyland weren’t opened at the same time!

Do you know which of the two Disney theme parks came first and how old are they?

Disneyland was the first and obviously the oldest of the two. It’s doors opened way back on July 17, 1955. It had Adventureland, Fantasyland, Frontierland and Tomorrowland along with Main Street.

Even the best Disney fans might get this one wrong! They have different nicknames!

What is the nickname each is called?

Disneyland is known for being the “Happiest Place on Earth”.

Disney World has the title of “Most Magical Place on Earth”

The biggest difference between the two parks is their size! One is much, much bigger than the other.

How big is each Disney park?

Disneyland is quite a bit smaller than its younger brother. In fact, at 500 acres, you could place over 50 Disney Worlds inside Disneyland.

Disney World is an astonishing 43 square miles! The reason for the size difference is quite a fascinating story and highlights the genius of Walt Disney. In a nutshell, Disneyland could not expand beyond its original site because of its location. When Walt set out for his next theme park, he found enough land to buy which would allow him all the expansion he wanted. He secretly started buying millions of dollars worth of farmland in Central Florida in 1964. Unfortunately he died before Disney World was a reality.

They have a different number of parks included in each resort.

How many and what are the theme parks?

Each park has it’s own unique castle.

Disneyland has the Sleeping Beauty Castle which is 77 feet tall. This castle took 18 months to be built and was debuted on July 17th, 1955. was based on the late 19th century Neuschwanstein Castle in Bavaria, Germany. Walt himself watched over the construction of this castle!

Disney World has the Cinderella Castle towering at 189 feet. This castle was completed in July, 1971 and was formally introduced to the public on October 1, 1971. Because they had a much larger budget, this castle is bigger with 29 towers, more rooms and services including a restaurant, suite, kitchen, boutique and 3 elevators.

Both castles are the centerpieces of their respective parks. They’re also both tall enough to be seen from everywhere in the park. This was intentional to help guests stay oriented as to where they are!

If you want to learn more about the two castles, check out this post where we do a deep dive into both castles!

There’s a different number of hotels on site at each place.

How many Disney hotels are in each and what are the on site hotels?

There are three Disneyland Resort hotels on the property. These hotels are Disney’s Grand Californian Hotel and Spa, Disney’s Paradise Pier Hotel and Disneyland Hotel.

There are more than 25 Walt Disney World resort hotels on their property. These 25 resorts are split up into different levels (or tiers). The tiers are Value, Moderate and Deluxe. (Find everything you need to know about each level on this post.)

The different resort hotels on site at Disney World are:

If you want to know about the different Disney World hotel levels head to this post!

The modes of transportation are different!

Disneyland has free shuttle services from the parking lot and the iconic monorail runs between Downtown Disney, Disneyland Park and Tomorrowland. With Disneyland being so small, it is much easier to get around. Everything is within walking distance.

Disney World on the other hand needs a massive transportation system because of its huge size and fortunately Disney does a good job of accommodating their guests. Disney World has buses, monorails, water ferries, the Disney Skyliner and its new gondola to shuttle folks around. All of these are free for guests.

Another major difference is the number of restaurants at each.

Love golf? This is another difference between the two.

On the other hand, Disney World has 5 golf courses total on site. If you want to include a round of golf during your Disney vacation, you’ll definitely want to go to Disney World over Disneyland.

Although both parks are in warmer climate states, the average temperature is different.

Disneyland has an average temperature of 63 degrees F. It can get a bit chillier in the winter but more mild overall.

Disney World has a warmer average of 72 degrees F. The humidity in the summer is definitely a force to deal with.

Obviously time of year has a bigger impact at Disney World than Disneyland so you’ll want to plan your clothing accordingly.

Even the cost of a single day-ticket is different!

Currently a single-day ticket at Disneyland starts at $104 for guests 3 years old and up.

Disney World’s single day ticket starts at $109 for guests 10 years old and up.

Please Note: These prices are not in stone and they can change in different ways starting with the more days you attend, the less you will pay.

There’s a different number of shows at each park.

Disneyland has these unique shows. Frozen – Live at the Hyperion, Main Street Electrical Parade. The World of Color, Mickey and the Magical Map and Storytelling at the Royal Theatre.

Since Disneyland is much smaller than Disney World, you can expect less attractions at Disneyland (and you’d be right!).

Disneyland has more than 90 attractions.

Disney World boasts over 165 attractions in their 4 theme parks and 2 water parks.

There are similar attractions in both parks but there are differences in many of them.

Similar attractions at both Disneyland and Disney World:

Attractions found at Disneyland but not Disney World:

Attractions found at Disney World but not Disneyland:

If you love the Kilimanjaro Safaris you don’t want to miss this post with some fun secrets about it!

We have a full post revealing some fun secrets about the The Rock ’n’ Roller Aerosmith Coaster. You don’t want to miss that!

How Many Disney Resorts Are There?

Did you know that there’s more Disney Resorts than just Disneyland and Disney World? That’s right! There’s 6 total Disney resorts (and 12 Disney Parks). They are:

As you can see, despite Disneyland and Disney World being amazing and full of magic, they’re very different and you’ll have different experiences at both. We hope this helped you learn a little bit more about each amazing Disney Resort.

At the end of the day, we’re confident you’ll have the most magical time at whichever resort you end up visiting.

Want more Disney fun? Check out the differences between the Disney World Castle and the Disneyland castle here. 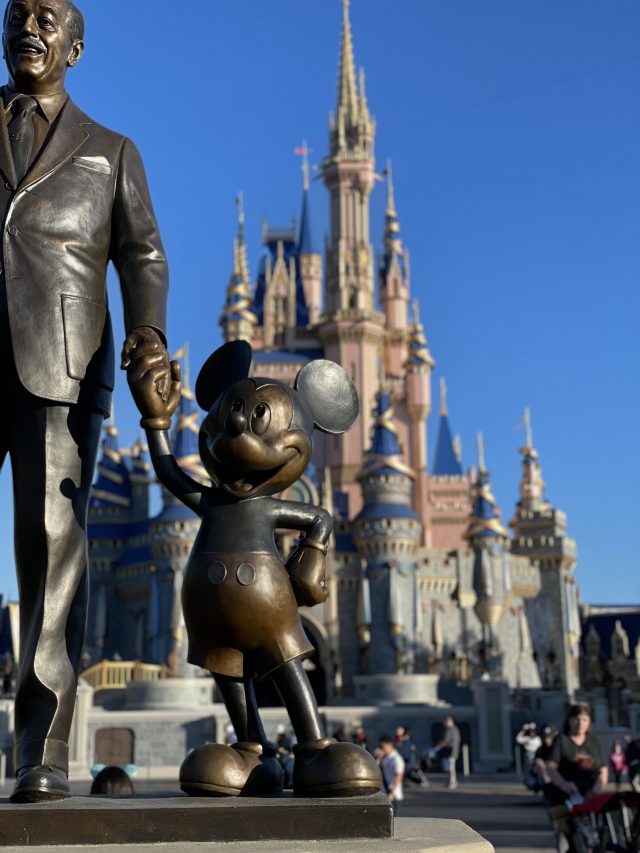 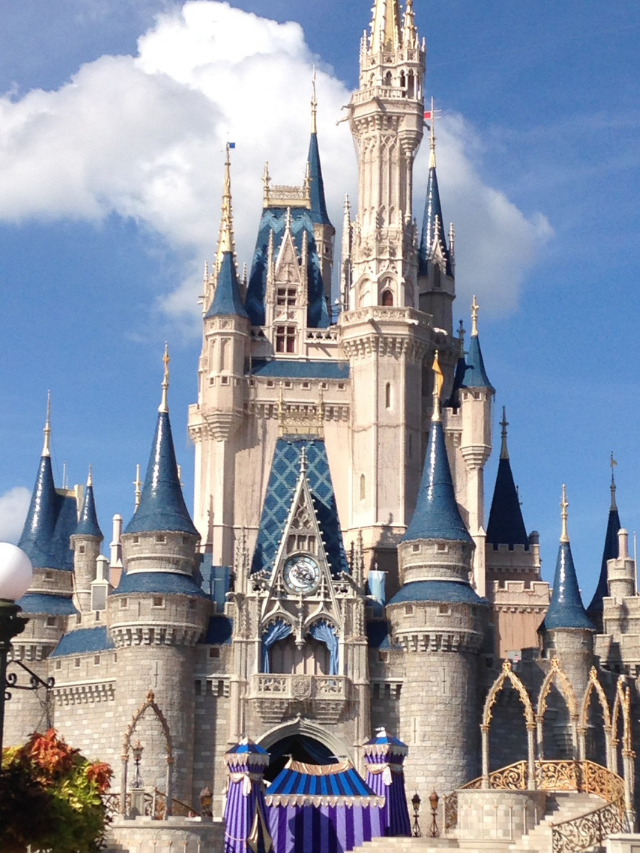